以下是约翰霍普金斯大学校刊去年11月发表的一篇文章，用宏观流行病学模型预推演灾难性公共卫生事件（冠状病毒大流行）未来的走向。国家最高层和国际社会对重大灾难性公共卫生事件必须给予及时极高度重视。文章作者提出：ONCE YOU'RE IN THE MIDST OF A SEVERE PANDEMIC, YOUR OPTIONS ARE VERY LIMITED. THE GREATEST GOOD CAN HAPPEN WITH PRE-PLANNING. （一旦你身处一场严重的流行病之中，你的选择就非常有限。预先计划可以带来最大的好处）

Event 201, hosted by the Johns Hopkins Center for Health Security, envisions a fast-spreading coronavirus with a devastating impact

Back in 2001, it was a smallpox outbreak, set off by terrorists in U.S. shopping malls. This fall, it was a SARS-like virus, germinating quietly among pig farms in Brazil before spreading to every country in the world.

With each fictional pandemic Johns Hopkins experts have designed, the takeaway lesson is the same: We are nowhere near prepared.

"Once you're in the midst of a severe pandemic, your options are very limited," says Eric Toner, a senior scholar at the Center for Health Security at Johns Hopkins University. "The greatest good can happen with pre-planning."

"ONCE YOU'RE IN THE MIDST OF A SEVERE PANDEMIC, YOUR OPTIONS ARE VERY LIMITED. THE GREATEST GOOD CAN HAPPEN WITH PRE-PLANNING."

That center's latest pandemic simulation, Event 201, dropped participants right in the midst of an uncontrolled coronavirus outbreak that was spreading like wildfire out of South America to wreak worldwide havoc. As fictional newscasters from "GNN" narrated, the immune-resistant virus (nicknamed CAPS) was crippling trade and travel, sending the global economy into freefall. Social media was rampant with rumors and misinformation, governments were collapsing, and citizens were revolting.

For those participating in New York City on Oct. 18—a heavyweight group of policymakers, business leaders, and health officials—Event 201 was a chance to see how much catch-up work is needed to bolster our disaster response systems. Full videos of the discussion are available online.

"It really does shake up assumptions and change thinking about how we can prepare for a global pandemic," says Tom Inglesby, director of the Center for Health Security.

Event 201 is the fourth such exercise hosted by the Johns Hopkins center, which works to prepare communities for biological threats, pandemics, and other disasters. The simulations started with 2001's Dark Winter, which gathered national security experts for its simulated smallpox outbreak. The groundbreaking event turned out to be influential in shaping U.S. efforts around pandemic preparedness—particularly due to its timing, right before 9/11.

"Dark Winter resulted in more than a dozen congressional hearings, was briefed to the White House, and ultimately influenced the decision to stockpile enough smallpox vaccine for all Americans," Inglesby says.

That simulation and its two successors—Atlantic Storm, conducted in 2005, and last summer's Clade X—have also demonstrated lasting value as educational and advocacy tools, with reenactments or modified versions taking place in settings including universities, the CDC, and Capitol Hill, according to Inglesby. "These exercises have a long fuse," he says.

For Event 201, hosted in collaboration with the World Economic Forum and theBill & Melinda Gates Foundation, the experts added a new layer of realism by reaching beyond government and NGOs to leaders in the private sector and business community. Participants included representatives from NBCUniversal, UPS, and Johnson & Johnson.

"Very few people have included the private sector in pandemic preparedness, but that's where most of the resources are," Toner says.

That's particularly true when it comes to vaccine development. The CAPS virus—which Toner describes as a cousin of SARS, "but slightly more transmissible, like the flu, and slightly more lethal"—was presented as resistant to any existing vaccine, as scientists scrambled to come up with one. Citizens, meanwhile, were rioting over scarce access to the next best thing: a fictional antiviral known to treat some CAPS symptoms.

That scenario, Toner says, is utterly realistic. "We don't have a vaccine for SARS, or MERS, or various avian flu viruses that have come up in the past decade," he notes. "That's because vaccine development is slow and difficult if there isn't an immediate market for it."

In the simulation, CAPS resulted in a death toll of 65 million people within 18 months—surpassing the deadliest pandemic in history, the 1918 Spanish flu.

From the discussions Event 201 inspired, the Center for Health Security plans to release a set of formal recommendations within the coming weeks.

Shortly after the simulation, the center released the Global Health Security Index, the first-ever comprehensive ranking of countries on their pandemic preparedness. All in all, the picture was discouraging: The average score, across 195 countries, was 40 out of a possible 100. 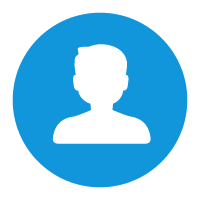